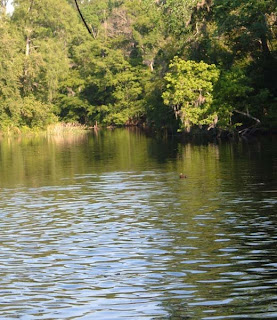 The source of laws that currently constrain our ability to save Mother Earth is the U.S. Constitution. But our country has another primary founding document, the Declaration of Independence, from which CELDF has drawn inspiration and ideas to build a new democratic movement that empowers citizens to fight for granting rights to living natural systems such as springs and rivers.
This Rights of Nature movement is now gaining traction not only here in the USA, where over 220 communities have embraced it, but also throughout the world in places such as New Zealand, India, Ecuador and Bolivia. Click here to find a timeline of this movement on CELDF’s website.

CELDF’s strategy is modeled on the rights-based struggles to abolish slavery and grant full citizenship rights to people of color, to grant voting rights to women, to grant marriage equality rights to gays and lesbians and, more recently, to grant legal rights to animals.
All of these social movements, including even the American Revolution, began with courageous people who were willing to challenge or even break existing laws in order to change those laws. All these movements started small, grew over time as more people became aware of them, and eventually resulted in widespread social change and changes to our laws.
CELDF believes that same strategy can work to grant legal rights to natural systems. Their staff is actively working to help citizens push their local governments to enact bills of rights for iconic natural features. The strategy recognizes that once the word is out about this movement—which has now accelerated to the point that citizens of Toledo, Ohio, have voted to grant legal rights to Lake Erie, following an incident of severe and widespread drinking water contamination—citizens of more and more communities will decide to get involved. And the more people who get involved, the more people will learn about how our current legal system is failing to protect the living systems that we need to sustain us and many other forms of life.
Is this approach a “magic bullet”? No. CELDF acknowledges that there will be pushback at the beginning of such an effort not only from city and county commissions and their lawyers (because new ideas always meet resistance!) but also from corporations and business organizations in the form of threats of lawsuits and actual lawsuits.
Even when local municipalities are courageous enough to enact Rights of Nature laws, the final legal outcomes of the sure-to-follow lawsuits are far from certain. That’s because this movement is so new and so few cases have made it to court yet. It will be up to the courts to make decisions about how Rights of Nature laws affect current laws, and this will be a long process. The alternative, however, is to keep doing what we’re already doing, and to keep getting the same ineffective results.
I’m thrilled to report that the Rights of Nature movement now seems to be taking off here in Florida. Following the weekend in Apopka with Thomas Linzey, activists in Central Florida have created a project they’re calling WEBOR. That acronym is stands for Wekiva Econlockhatchee Bill of Rights for those two rivers that straddle the Orange and Seminole county line. Early plans call for this to be a citizens’ initiative that will gather petitions to put the Wekiva-Econ Bill of Rights onto the ballot in an upcoming election, so the citizens of Orange and Seminole counties can vote on it.
Other citizens are considering attempts to have the county commissions in home-rule counties (with charters) act directly to put Rights of Nature laws into county charters when those documents are revised.
Is the Rights of Nature movement an effort whose time has finally come in Florida? I’ve been spreading the word about this approach for the last six years, so I certainly hope so!
“We’ll know more later,” as my mom always said.